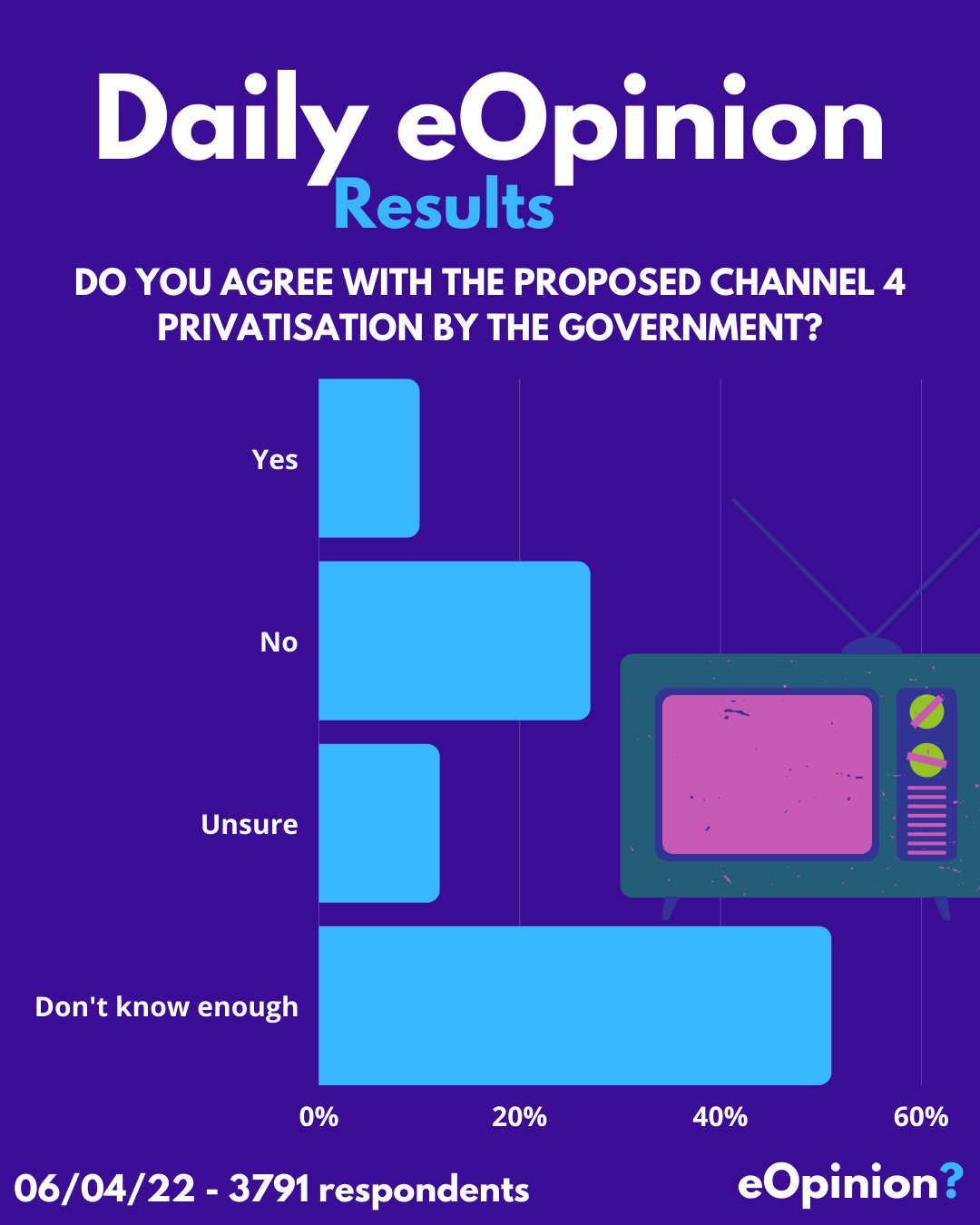 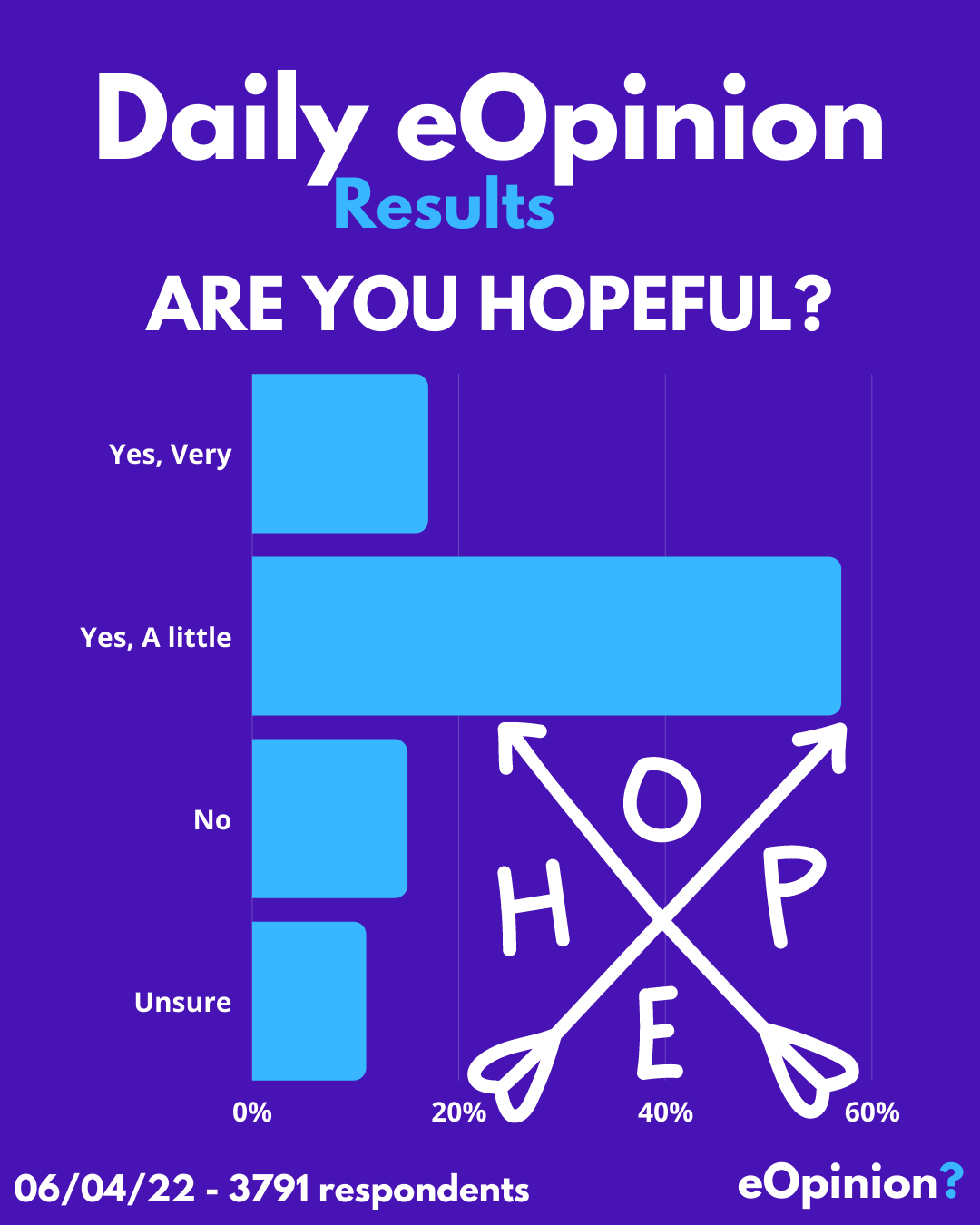 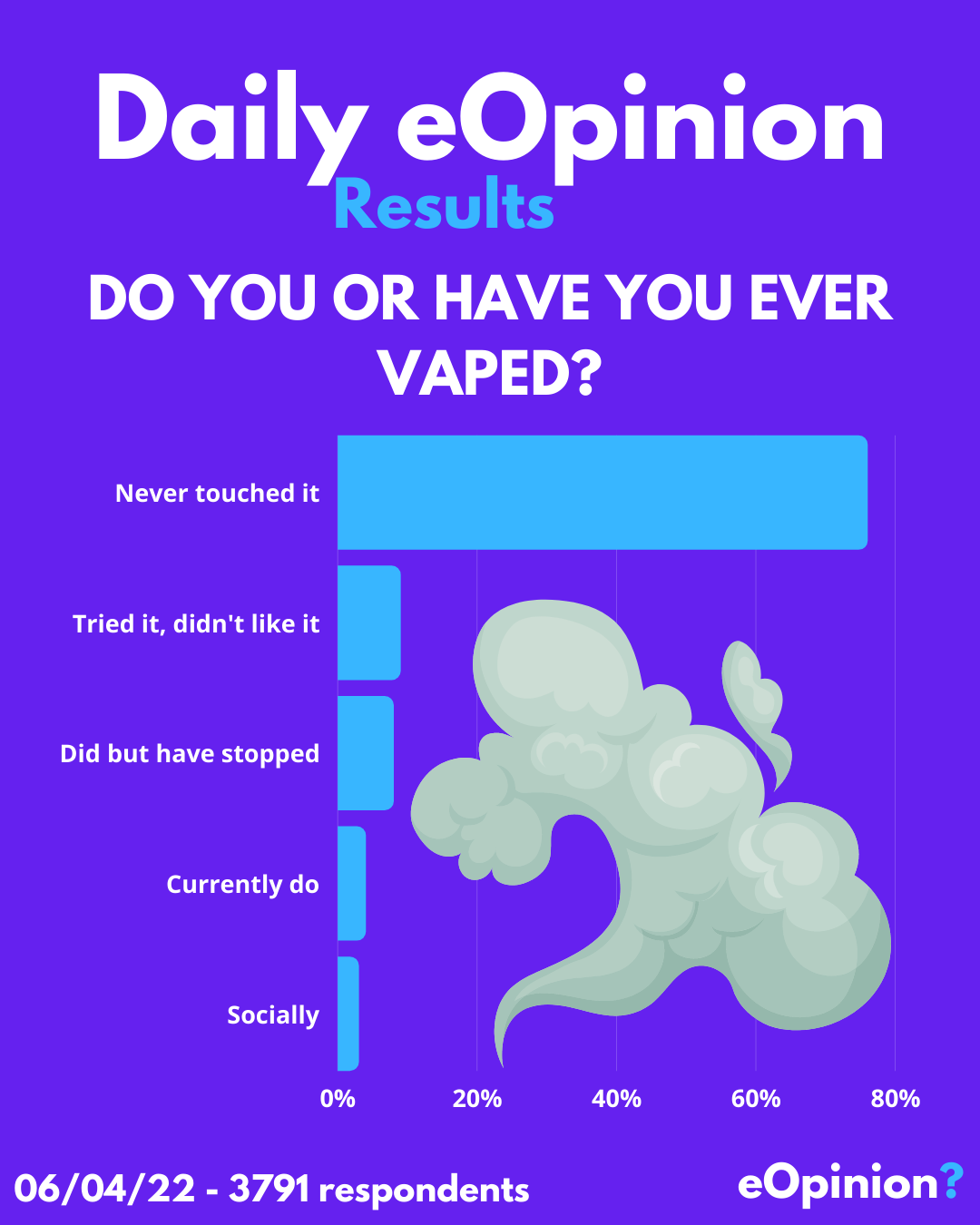 Yesterday it was announced that the government have plans to privatise Channel 4, which is currently publicly owned, but doesn’t cost the tax-payer a penny.

We asked you if you agreed with the proposed privatisation.

Over half of respondents said they did not know enough about the subject.

However, of those that do 27% disagreed whilst 10% agreed.

Whilst we are currently living in a world that can sometimes seem a little hopeless, we want to know do you consider yourself a hopeful person?

The majority of respondents said yes and declared themselves either very hopeful (17%) or a little (57%).

Wherever I go at the moment, I cannot seem to escape the sweet smelling puffs of someone using a vape.

But as it turns out 76% of respondents have admitted they have never touched it, whilst only 4% said they currently do and 3% answered only socially.