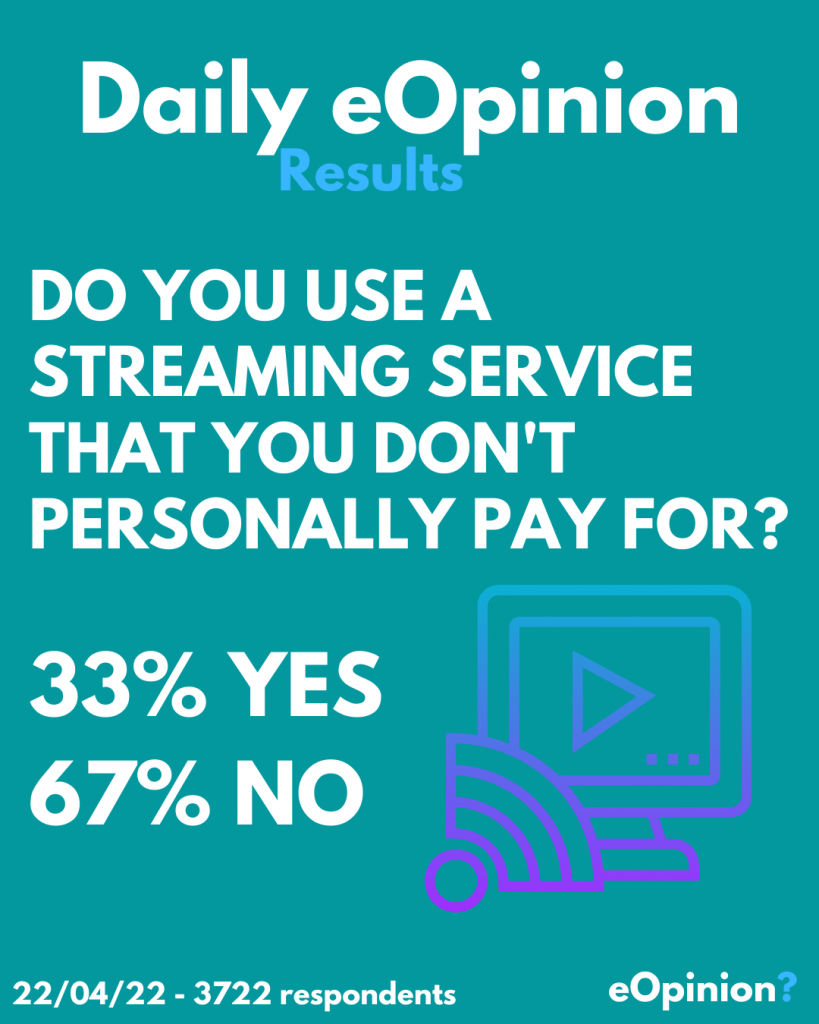 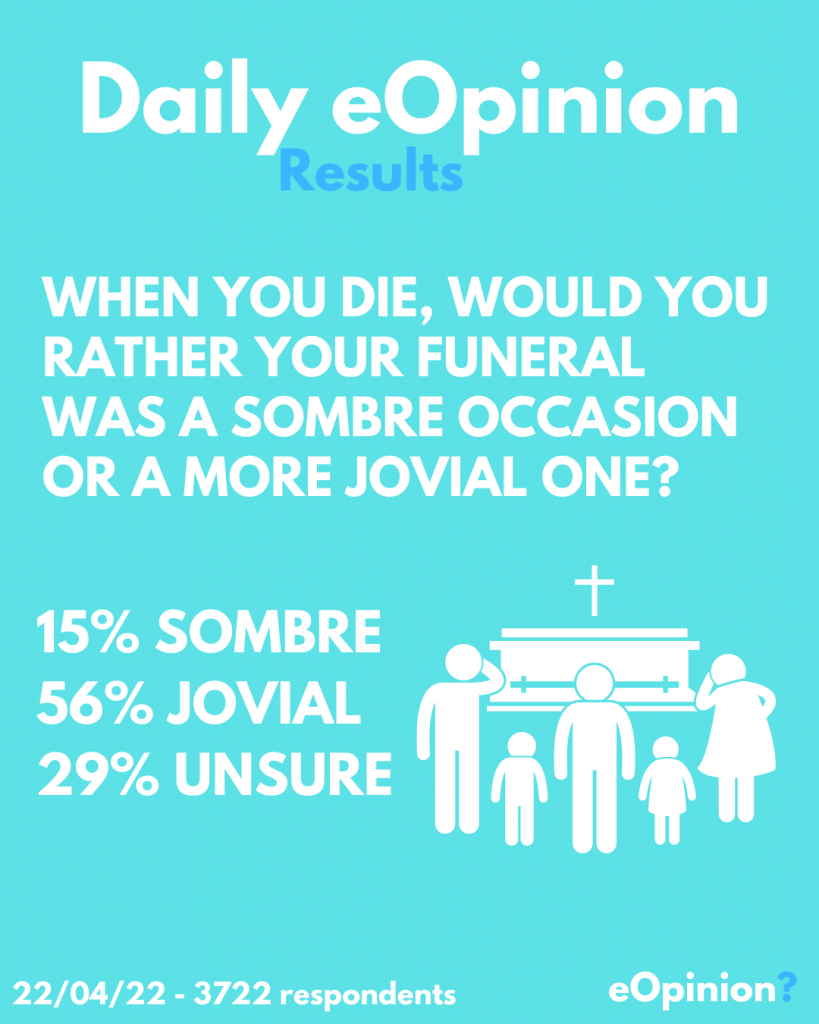 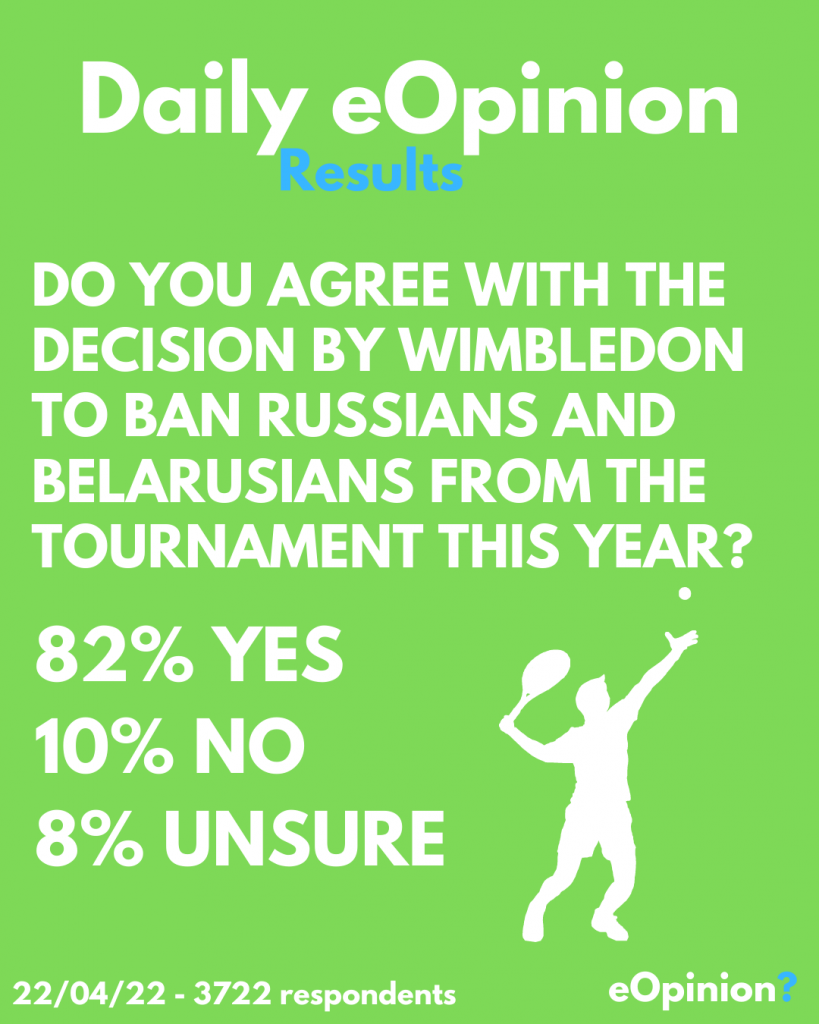 Yesterday, a third of us confessed to using someone else’s streaming login.

It could be a number like this that has upset Netflix, it’s rumoured they are attempting clamp down on it.

With their share price taking a hammering in the last couple of days, it’s maybe not that surprising.

Two thirds of you are honest, or maybe just don’t have a friend with Spotify or Prime!

Following our question about death last week, yesterday we were asked about the type of funeral we wanted when we passed.

Despite the funeral stereotype, over half of us (56%) would actually prefer a jovial occasion.

3. Most agree with Wimbledon 🎾

One of the biggest tournaments in tennis announced yesterday that Russians and Belarusians would be banned form competing this year.

We asked if you agreed with this decision and a very high 82% said yes. one in ten think it’s the wrong move and 8% were unsure either way.