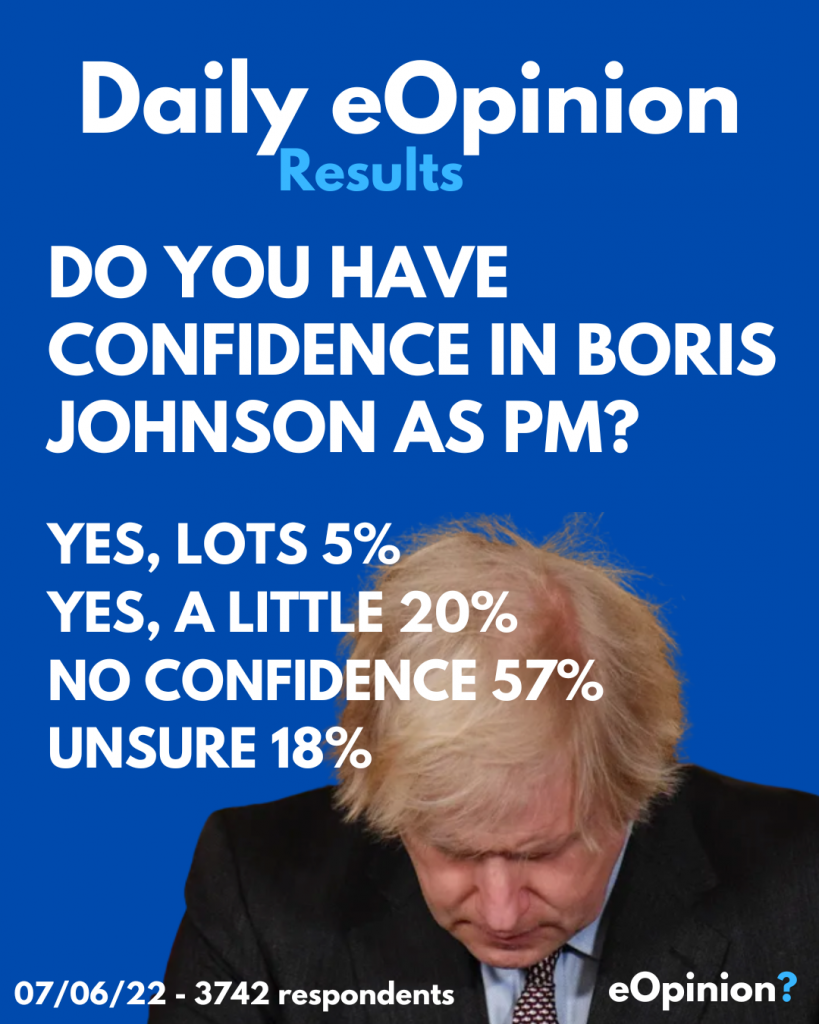 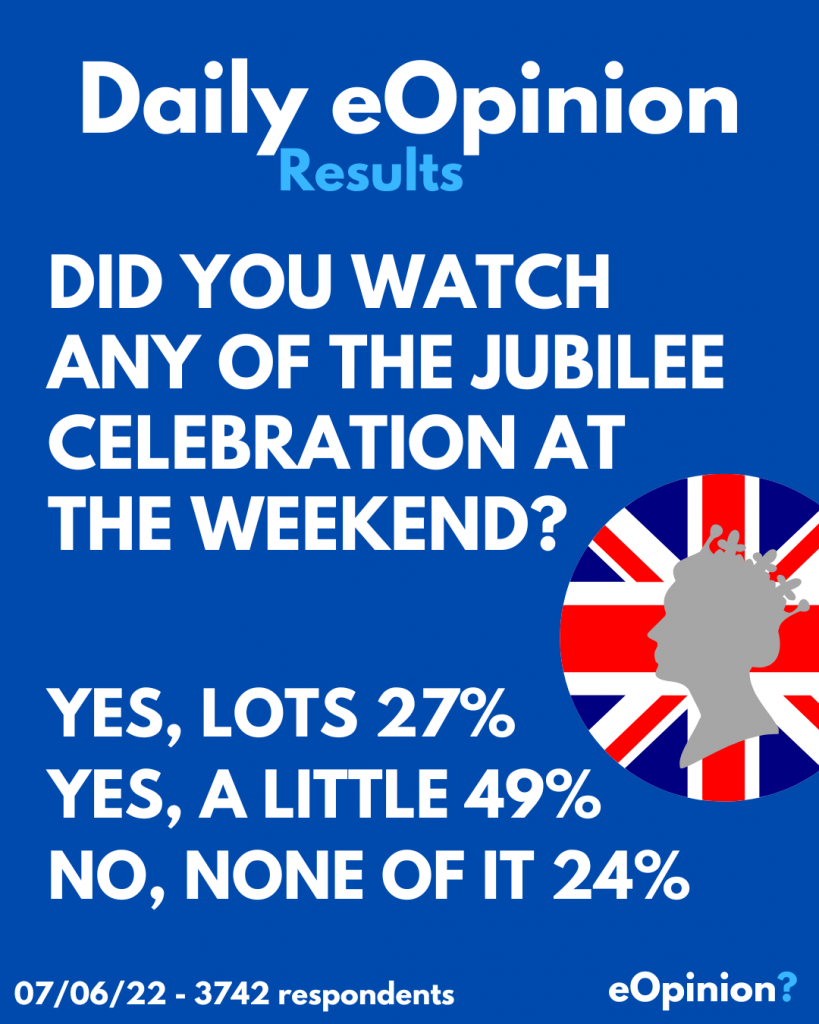 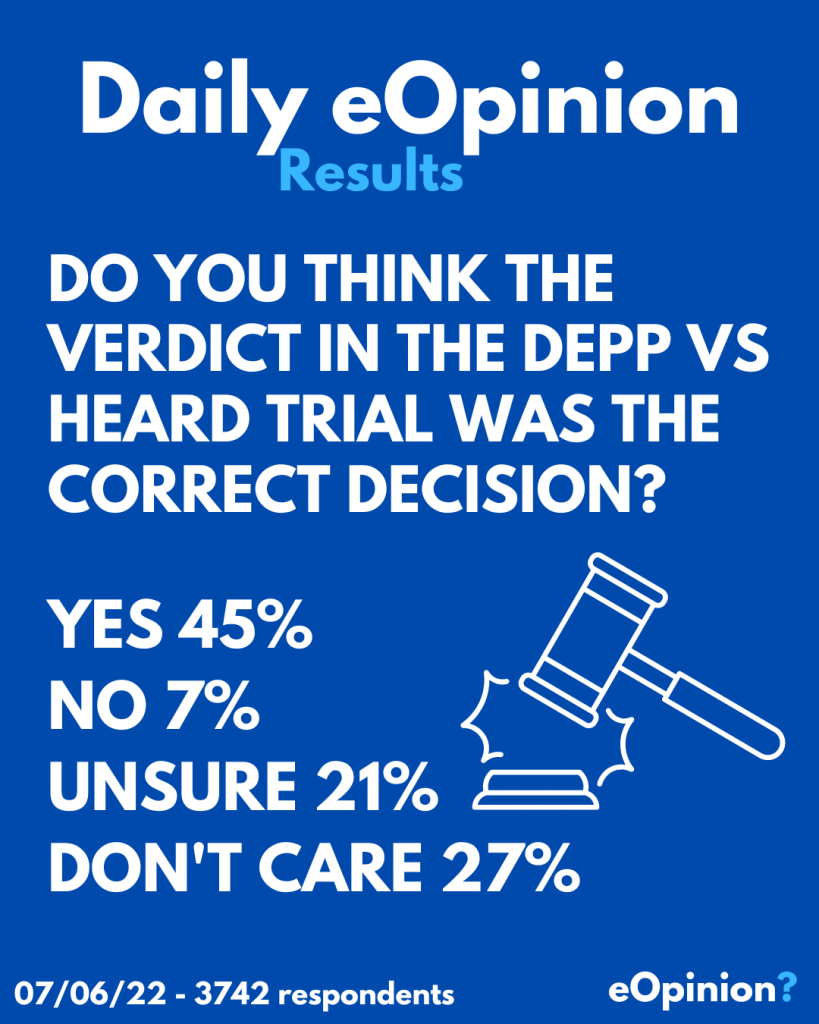 Last night Boris survived the vote of no confidence among Tory MP’s but yesterday we asked if you, the general public, had confidence in him.

The result was a little different with over half of you saying nope, and only a quarter saying yes either a little or lots.

No expense was spared on hosting the Jubilee celebrations at the weekend but how many of you actually watched it?

According to our Speedy Poll yesterday, most of you checked it out.

Half of you at least caught a bit of it and just over a quarter watched loads of it!

The biggest court case of the year was wrapped up last week and we wanted to know if you thought the result was the correct decision.

Just under half agreed with the outcome.