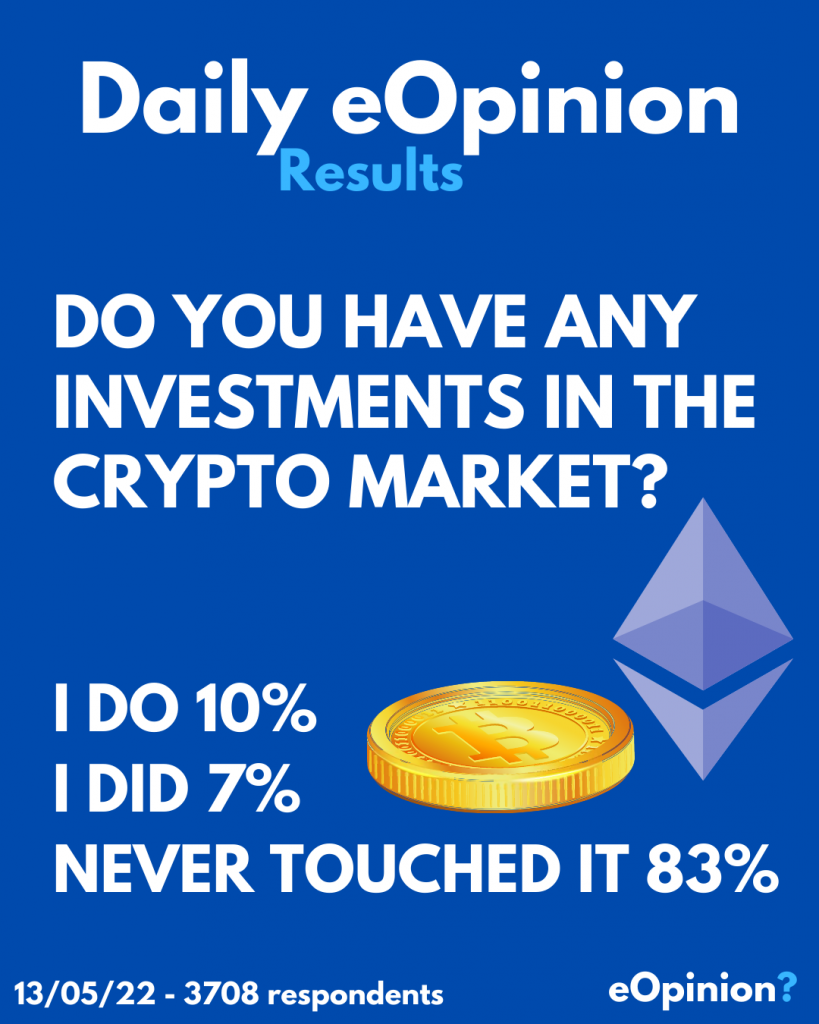 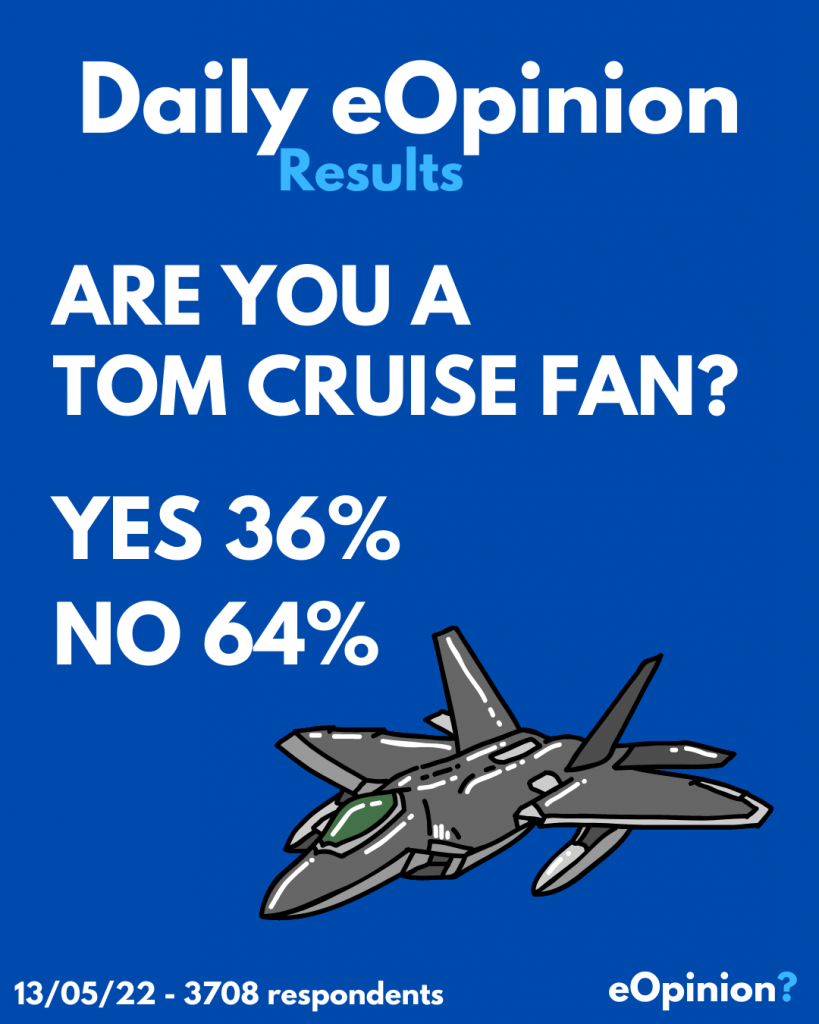 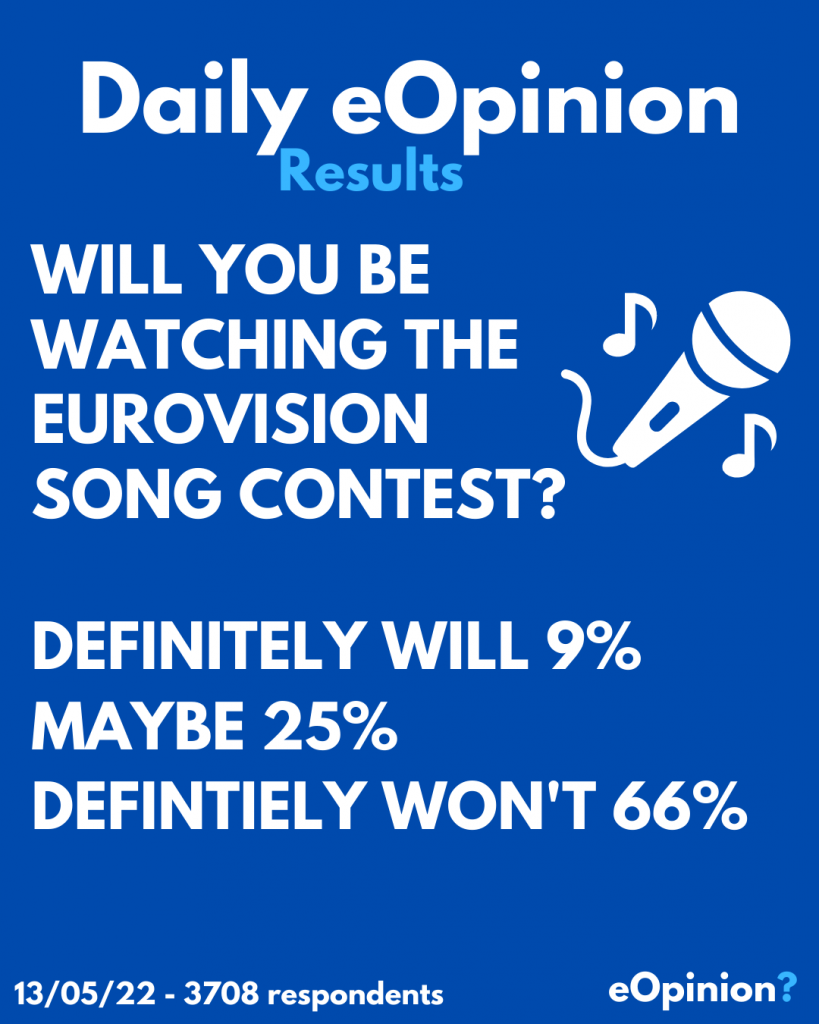 Crypto markets have been in the news recently after their values have nose dived.

83% are probably sitting there quite relieved at the moment.

The new Top Gun is out soon and starting to get a bit of press so we wanted to know your thoughts on leading actor Tom Cruise and whether you were a fan or not.

As a big fan myself I was surprised two thirds said no. Have you not seen Jerry Maguire?

The cult singing contest is this weekend and the eOpinion tribe wanted to know who would be tuning in.

Apparently, not many of you.

Two thirds gave it a ‘definitely won’t’, one in ten said they will, and a quarter of you are on the fence presumably waiting to see if there are any better options on.

This writer is firmly in the ‘definitely won’t’ camp I’m afraid, in case you were interested. 😀