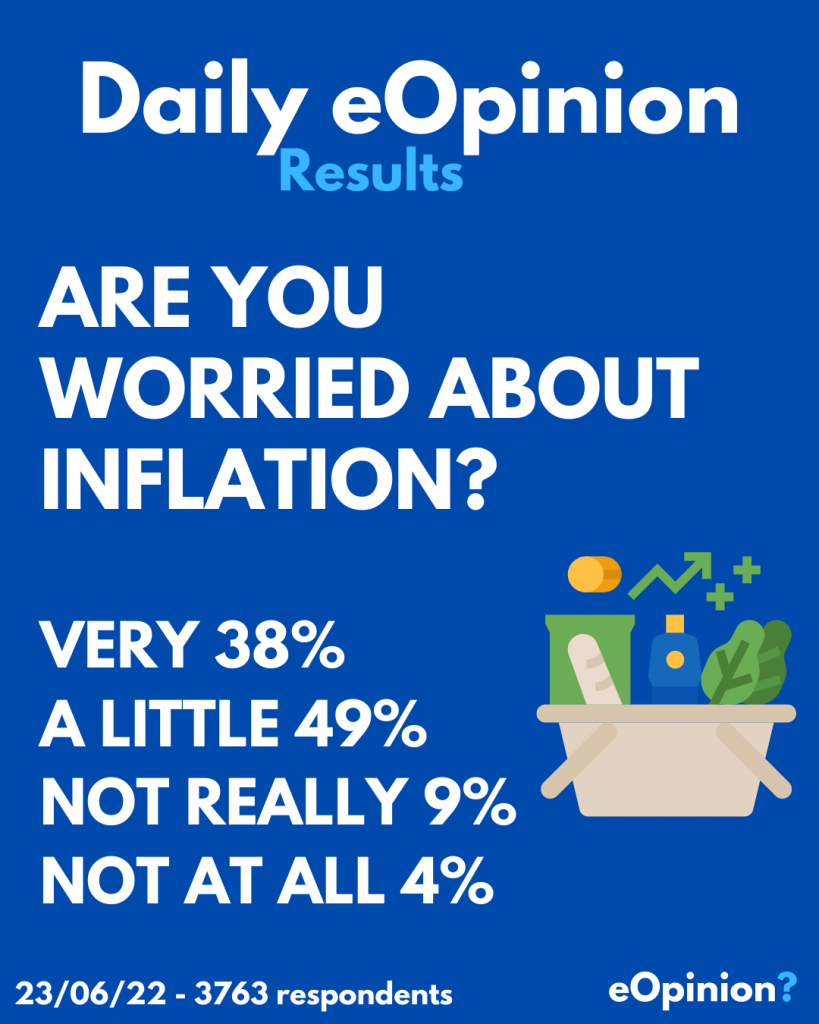 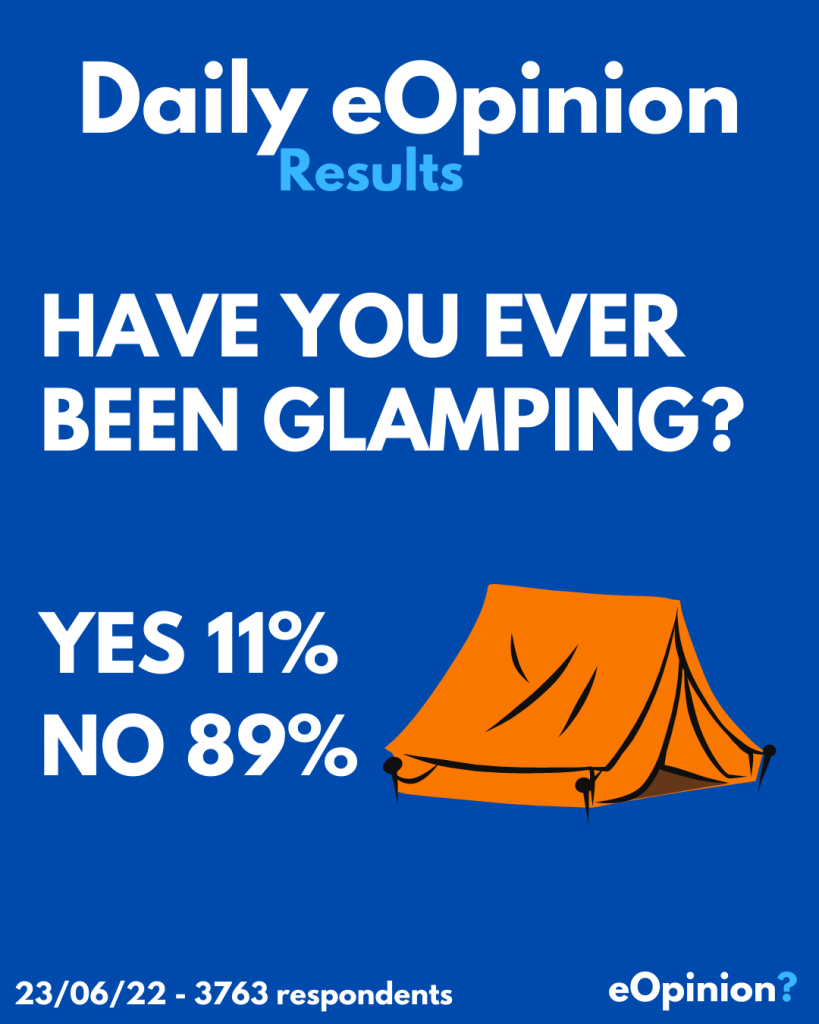 Inflation appears to be out of control at the moment and according to our Speedy Poll yesterday, most of the nation is worrying about it.

Over a third are very worried about it and can’t say I blame them to be honest.

With Wimbledon starting shortly, we thought the nation would be getting their strawberries and cream ready but over half of you told us you wouldn’t be watching any of it.

I’ll be keeping a sneaky eye on it, don’t tell the boss! 😉

Camping isn’t for everyone but does ‘glamping’ tempt you?

11% of you said that you’d been fancy camping!