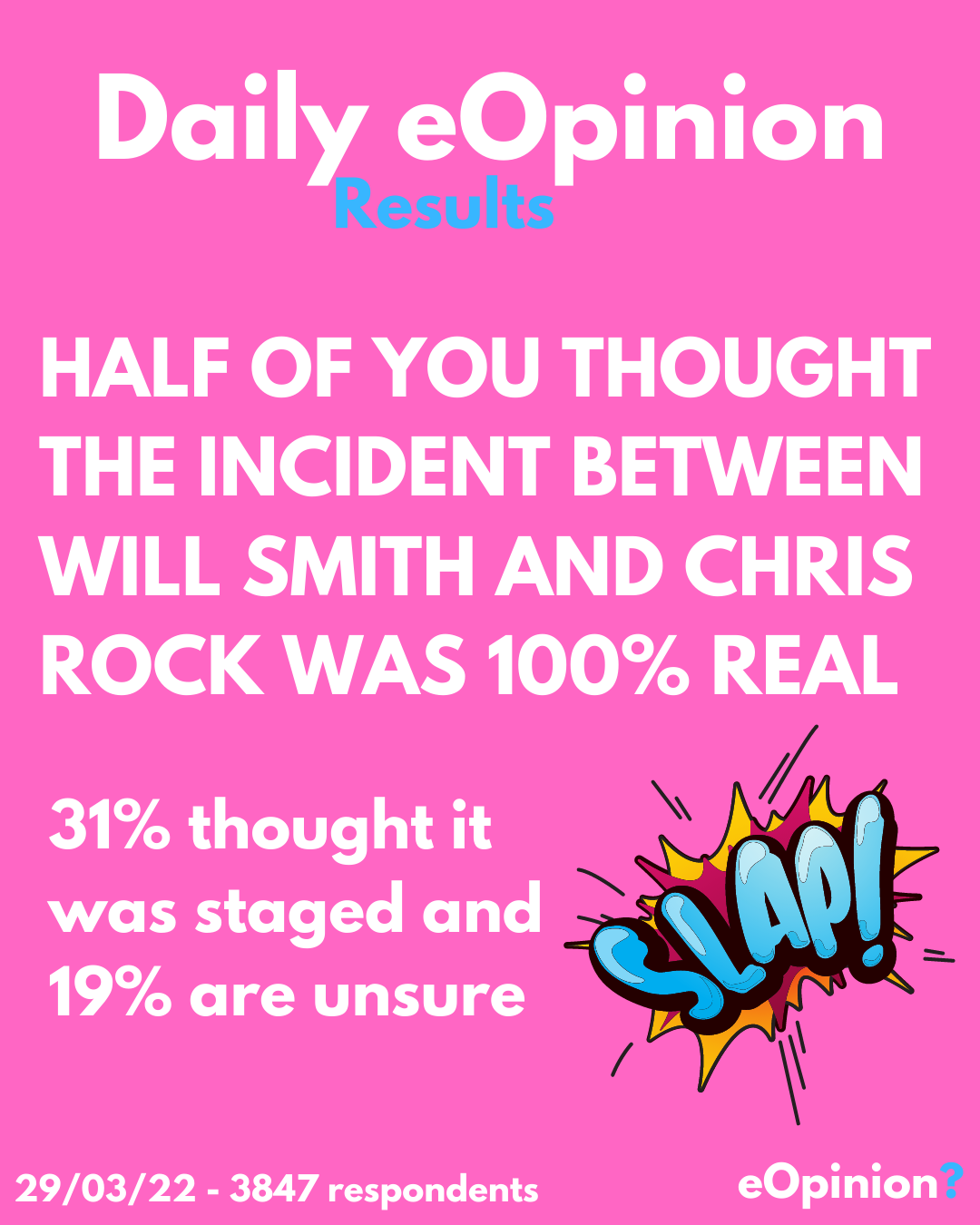 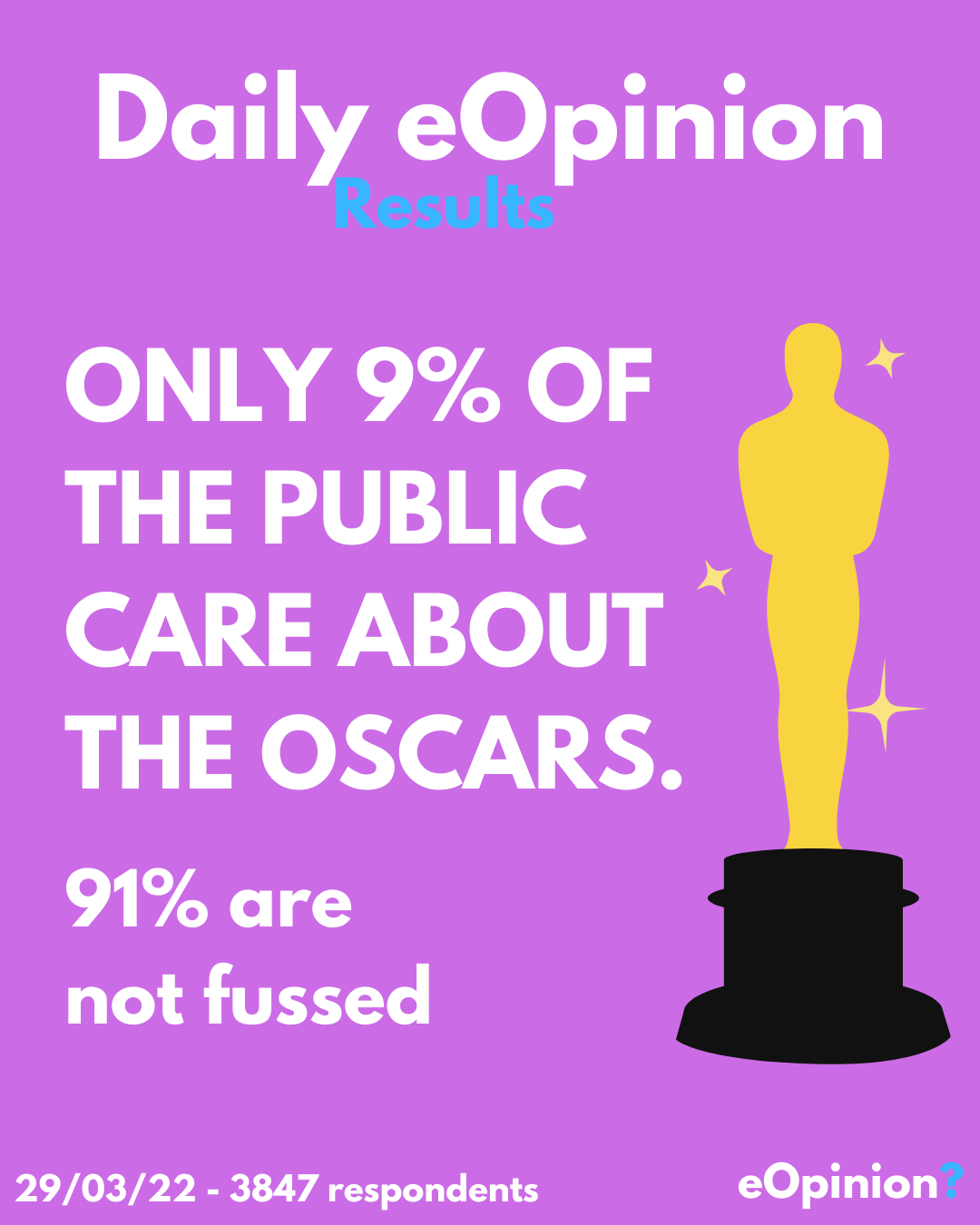 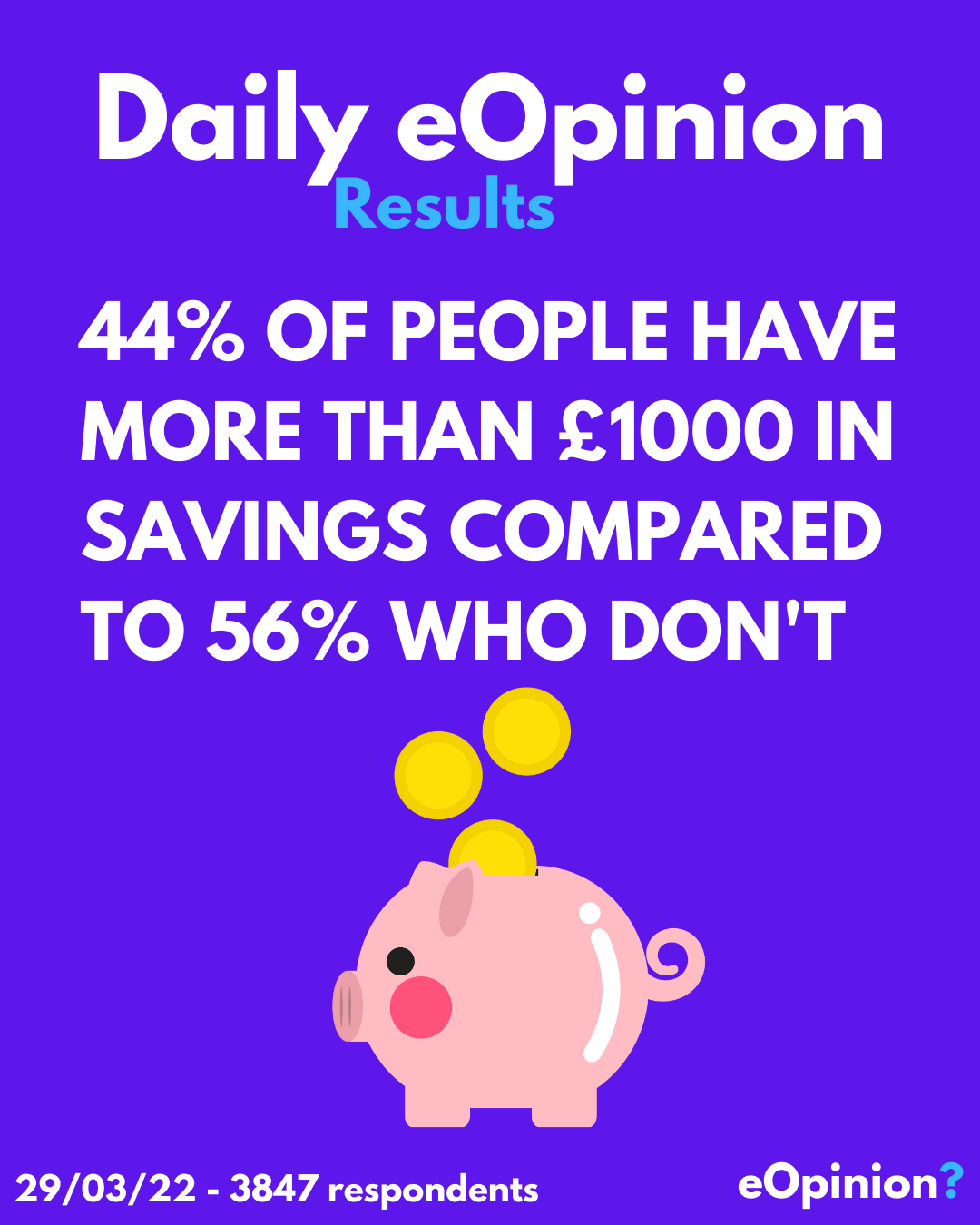 Was it real, wast it staged? Social media has blown up in the last couple of days discussing the biggest thing to happen at the Oscars in years.

We put it to the eOpinion tribe and over half of you thought the anger shown by Will Smith was in fact, genuine. Just under a third thought it was staged and 19% were unsure.

Despite the headlines, for the wrong(?) reasons it would appear many are not that bothered about the awards.

Only 9% admitting to caring about the ceremony, I wonder what it would have been if we had asked pre the shenanigans of Mr. Smith.

We asked yesterday for an insight into the health of your savings account.