JVN and his flowing locks are the fans number one!

With the return of Queer Eye for its fifth season, we put a very tough question to fans of the show, a question that divided and caused a real headache for some.

Although all very loveable, which one of the Fab 5 is your favourite? And just to take the pressure off afterwards, we wanted to know about aspects of your life that need a makeover.

Are you surprised by the outcome? Was your guy the one to come out on top? 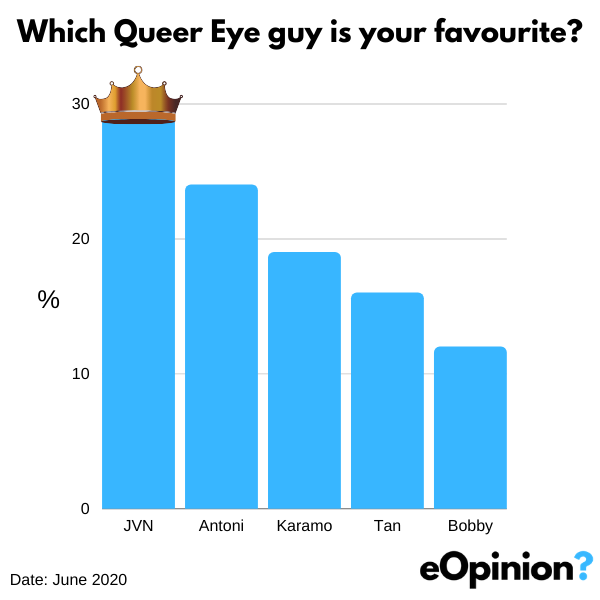 When preparing this Speedy Poll the team found this a really tough one to call, looking at the comments we received we were not the only ones.

With 29%, JVN was crowned the nation’s favourite Queer Eye guy with Antoni a close second and Karamo in third to round out the podium. Our very own Tan France, who grew up in Doncaster was fourth closely followed by Bobby bringing up the rear. One thing that was apparent, this was not an easy choice for the die hard fans as can be seen by some of the following feedback:

love all the guys they are FAB💜

How dare you make me choose!?!? That was a savage question.

Great poll question – such a tough one though! 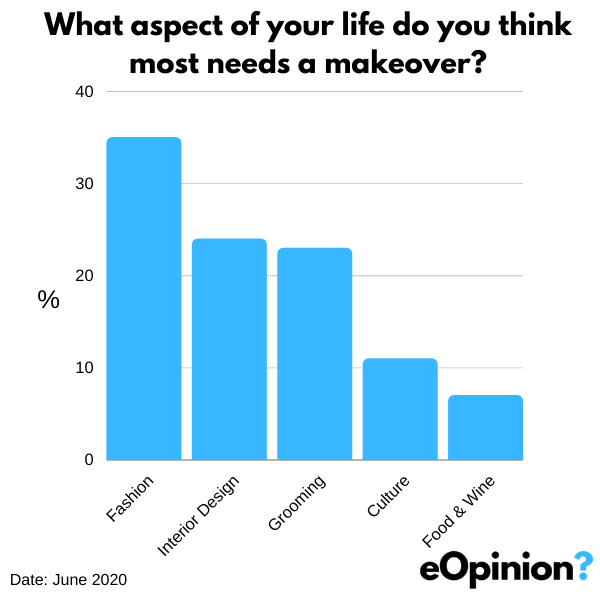 It was interesting to see that there was zero correlation between who your favourite Queer Eye guy was and what areas of your life needed the most help.

Fashion was way out in front with just over a third of you telling us this was where you thought you needed the most help but as you saw above, Tan was placed in fourth. Design (Bobby) and grooming (JVN) were a very close second and third with nearly a quarter of you each saying this is where you needed focus. It seems culture and food & wine are not on everyone’s agenda at the moment.

The responses we received on this Speedy Poll show that Queer eye is an incredibly popular show in the UK. Whilst JVN and improving Fashion sense came out on top, it’ll be interesting to review this when season 6 comes out and hopefully the country is out of lockdown. Whilst many are dressing down for wfh is our view of fashion taking a hit.

For now we will say a big congratulations to Jonathan Van Ness but let’s face it they are all winners! Now to dig out some popcorn, put our feet up and let the binge watching commence. Enjoy Queer Eye fans!

The survey was conducted on eOpinion.org with 2,812 people on 2nd-4th June 2020 and is nationally representative.