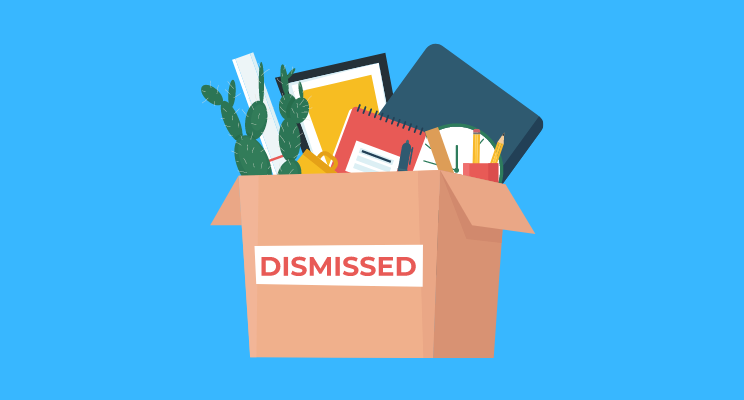 Following the breaking news today that both Boris Johnson and Rishi Sunak have received a fixed penalty notice for breaking lockdown laws, we put it to the British public to see what they thought about this revelation and whether heads should roll as a result. 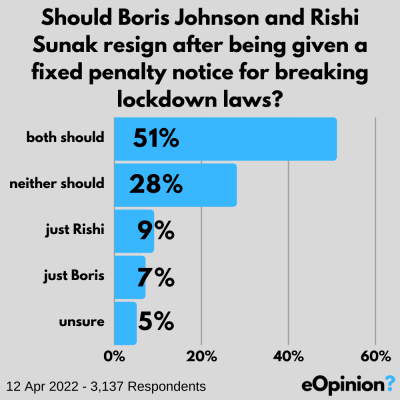 The response we’ve seen to this Speedy Poll has been huge. The results came in very fast as half the nation were quick to state they think both Boris Johnson and Rishi Sunak should resign.

eOpinion founder Chris Hutchings, had this to say: “These results are not hugely surprising. Despite repeated claims and quite a lot of evidence, the two people at the head of our country continued to deny the allegations, I can understand why the British public are a little annoyed now the fines have been handed out and the indiscretions have been confirmed.”

This will be an interesting news story to watch develop over the few days and weeks.

If you are wise and have something to say or an insightful eOpinion to give, drop your email in the sign up box below so we can send you our latest Speedy Polls.

Sign up now to join the eOpinion tribe and start sharing your thoughts.

The eOpinions expressed here are those of the respondents to this Speedy Poll. They do not to reflect the views of Hutch Media Group Ltd t/a eOpinion itself.

Join us on your favourite social media channels below to stay up to date on what we are up to, all our new polls and competitions and, most importantly, to become part of the eOpinion tribe!